How to take good care of your braces 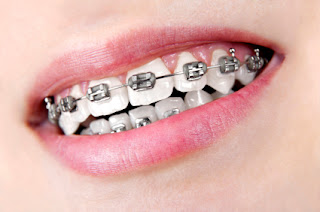 Have a look in the mirror at your new braces. As you see, the brackets and wires have many nooks and crannies that can trap food and plaque. This means your risk of tooth decay and gum problems may be higher while you are wearing braces.You need to pay special attention to cleaning your teeth everyday and to your diet. Permanent damage to tooth enamel can occur if the teeth and brackets are not kept clean.Areas on the enamel surface may begin to lose minerals (the early stage of tooth decay), leaving unsightly white spots. You may also develop inflamed, bleeding gums (gingivitis). Gingivitis and the early stages of tooth decay can be reversed by taking extra care with your cleaning and diet. If left untreated, they can lead to bigger problems that will require treatment and have life-long effects. While you are having orthodontic treatment, you need to continue to have regular check-ups with your family dental professional to ensure little problems don’t become big ones.

Dental professionals are increasingly concerned about acidic foods and drinks that can damage tooth enamel when consumed frequently or when sipped over extended periods of time.The chart below shows you how some common food and drinks stack up against one another. While many high acid foods are healthy for your body, low acid foods are better for your teeth. Remember- during orthodontic treatment, it’s best to choose low acid foods when you sit down to eat.

Most of us are well aware that sugary foods and drinks can lead to tooth decay. Starchy foods, such as potato chips, can also stick to teeth for long periods of time and cause tooth decay.Soda is especially hard on teeth because it not only contains acidic flavor additives, but it also includes 10–12 teaspoons of sugar, which further increases your chance of developing cavities. Studies show that diet sodas are just as damaging as regular sodas at weakening tooth enamel.
Saliva is your body’s natural defense against tooth decay. You need to give saliva plenty of time to wash away acids that form after eating and drinking. A good rule to follow is to limit eating times each day to 3 meals and 2 snack times. You can drink plenty of water as often as you like! Be aware that bottled water may not contain fluoride.

There are foods that can loosen, break or bend wires and bands when you are wearing braces.Avoid hard foods such as nuts and hard cookies. Foods such as apples and carrots should be chopped into small pieces before eating to reduce the stress on your braces. Avoid sticky foods such as caramels, toffees, muesli or fruit bars. No chewing gum! No chewing ice!Habits such as nail biting, unnatural tongue thrusting, pencil chewing and nervous picking at your wires can also break braces. Be aware of these and make an effort to stop them. Remember that damaged braces mean extra appointments, inconvenience and extended treatment time. If you do break your braces, be sure to make an appointment with your orthodontist immediately. Broken braces are not correcting your teeth!For more information about braces, please visit http://mahoneyfamilydentistry.com today! 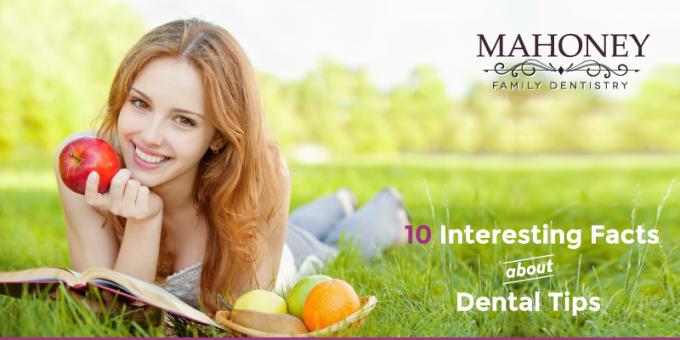 One Change your toothbrush every three months. Did you know manual toothbrushes become worn out and are not as effective after three months? Also, be sure to rinse your toothbrush with hot water after every use and change it after you have an episode of flu, cold or other viral infections, otherwise you may risk re-infection. Two Don’t drink soda. People who tend to drink three or more glasses of soda daily have 62 percent more tooth decay, fillings and tooth loss than those who do not drink it at all. In fact, there was a sudden massive surge of patients with tooth decay the year Coke was launched! Three Brushing harder isn’t better. Vigorous brushing does more harm than good and can lead to eroded enamel, which never grows back and can cause sensitivity and other oral issues. Four Be breath-conscious at work. Americans cite bad breath as the least attractive trait a co-worker can have, so be more popular around the water cooler by brushing – and flossing — often. Five Avoid missing
Read more 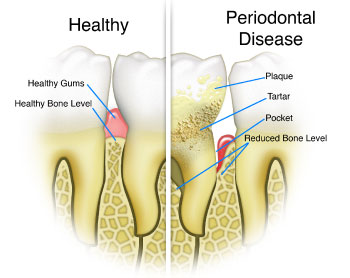 If your hands bled when you washed them, you would be concerned. Yet, many people think it's normal if their gums bleed when they brush or floss. Swollen and bleeding gums are early signs that your gums are infected with bacteria. If nothing is done, the infection can spread and destroy the structures that support your teeth in your jawbone. Eventually, your teeth can become so loose that they have to be extracted. "Perio" means around, and "dontal" refers to teeth. Periodontal diseases are infections of the structures around the teeth, which include the gums, periodontal ligament and alveolar bone. In the earliest stage of periodontal disease — gingivitis — the infection affects the gums. In more severe forms of the disease, all of the tissues are involved. For many years scientists have been trying to figure out what causes periodontal disease. It is now well accepted that various types of bacteria in dental plaque are the major villains. Researchers also ar
Read more 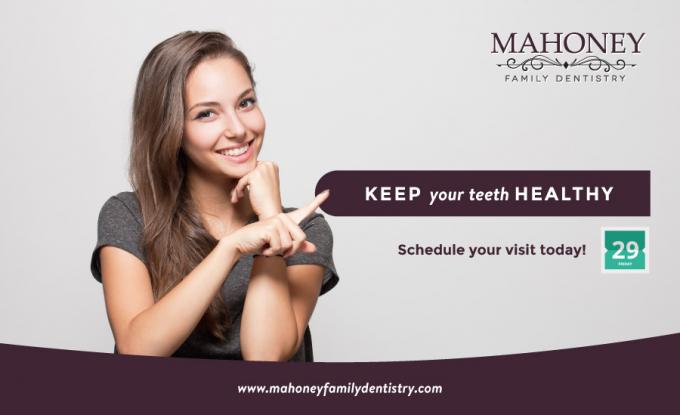